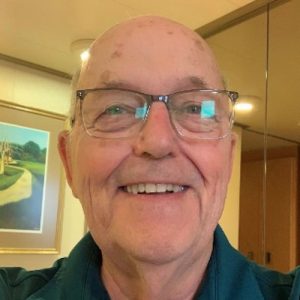 Major the Rev. CD2, OMM, Al, is a retired military chaplain and a minister in the United Church of Canada. By avocation he is a military historian and author of Peacetime Padres, a history of Canadian military chaplains 1945-1995.

Al has served in civilian churches in New Brunswick, Ottawa, Kingston, and Victoria. He served for several years on the national executive of the Canadian Authors Association and for the past twenty years has been on the national executive of the Storytellers of Canada-Conteurs du Canada. While serving at Royal Roads Military College, 1990-1993, he set the college up as a military museum.

Pre-COVID, Al and his wife Sheila were helping feed CCPA students and enjoyed the personal connection. They have been pleased to offer the Fowler Family Awards for dance and for the best 5 minute play.