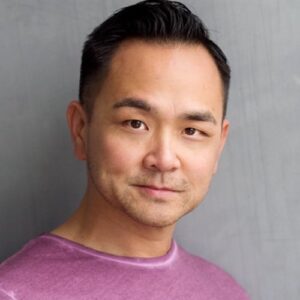 Raugi Yu is originally from Montreal, a graduate of the Dome Theatre program at Dawson College and the BFA Acting program at UBC. Raugi has been acting professionally on stage, and in film and television since the ’90s. He has acted in various theatres across Canada and the U.S. You may recognize him from roles in Carried Away On The Crest Of A Wave, The Shoplifters, The Curious Incident Of The Dog In The Night Time (Arts Club) Coriolanus (Bard On The Beach), or Act Of Faith (Real Wheels Theatre). Most recently the Arts Club Theatre Company has hired Raugi to be their livestream director.

Raugi is also an instructor of acting, from coaching private clients to creating curriculum at various schools. His favourite teaching and learning tool is genuine curiosity from the heart, and he is always curious about the “who am I?”