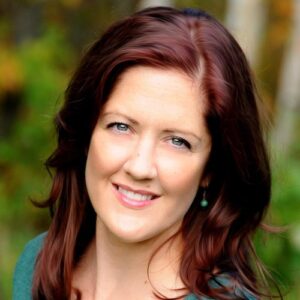 Naomi is a Toronto based actor, choreographer, director and teacher. As a performer, Naomi has played leads across Canada from Sally Bowles and Kost in Cabaret (Segal Centre, Mayfield Theatre), Roxie in Chicago, Brooke in Legally Blonde (Neptune Theatre), Janet in The Drowsy Chaperone (MTC, TC), to Dory in Ladies Foursome (Bruce County), and Myra in Deathtrap (Classic Theatre Festival).

Most recently she played Mrs. Warrack in The Louder We Get at Theatre Calgary led by broadway director Lonny Price. She has also appeared in seven seasons at the Stratford Festival.

As a teacher, Naomi has been on faculty at Randolph Academy and Sheridan College. She has taught in dance studios across Southern Ontario for 20 years, and adjudicates dance competitions across Canada. Naomi holds her Advanced RAD Ballet and studied Solo Seal in the UK. She spent three summers in the Banff Centre ballet program and trained at Laine Theatre Arts in London, England.

Passing on the knowledge and craft that all of our teachers gave us, along with her joy and passion for theatre, is a driving force in Naomi’s life.