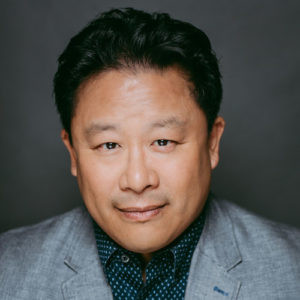 Jovanni is an actor, playwright, and director. From 2012-2019, he was the Artistic Director of Gateway Theatre.  At Gateway, Jovanni directed productions of Harvest, Closer Than Ever, Valley Song, and Yoga Play; he acted in King of the Yees (which was remounted at the National Arts Centre); and he wrote Nine Dragons which won a Jessie Richardson Award for Outstanding New Play.

Prior to Gateway, Jovanni was the Artistic Director of Cahoots Theatre in Toronto. Under his tenure, Cahoots produced new works by Anosh Irani; Ahmed Ghazali and Bobby Theodore; Marjorie Chan; and Guillermo Verdecchia, Marcus Youssef, and Camyar Chai.

Jovanni has performed with theatre companies across Canada as well as overseas. In 2010, his one-man play, A Taste of Empire, was nominated for two Dora Mavor Moore Awards including Outstanding New Play.

Later, with the assistance of the 2016 Glassco Translation Residency in Tadoussac, Derek Chan translated A Taste of Empire into Cantonese. Rice and Beans Theatre produced《食盡天下》and it was nominated for a 2018 Dora Mavor Moore Award.