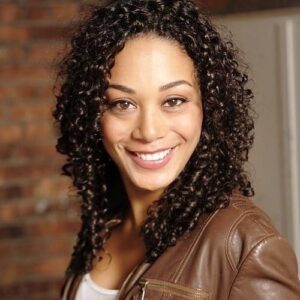 Cherissa began directing after many years as a working actor. She started this journey directing The Power of Harriet T at MTYP in Winnipeg in 2015. Since then, Cherissa has assisted many incredible directors along her directing path at several regional theatres across the country and has pursued directing apprentice programs at Bard on the Beach, the Shaw Festival and the Stratford Festival. Cherissa has directed 2 shows for Sarasvàti Theatre in Winnipeg; New Beginnings and The Game at Fem Fest 2018. She directed a double bill for the Neil Munroe Directing Project at the Shaw Festival; Lynn Nottage’s Poof and The Subjection of Kezia by Edith Ellis. In 2021, Cherissa directed the premier of CBC journalist Ismaila Alfa’s new play, VOICE at Prairie Theatre Exchange. This year Cherissa also completed a directing residency at the National Theatre School of Canada and she is one of the directing fellows in WhyNot Theatre’s This Gen Directing cohort 2021. Cherissa is the proud recipient of the 2021 Crow’s Theatre RBC Rising Star Emerging Director Award.