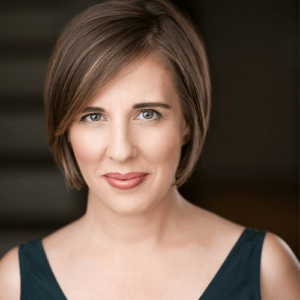 Barbara has worked in theatres across Canada directing and acting in musicals, plays and new work. She has played Maria in The Sound of Music, Anna in The King and I, and Cathy in the Canadian premiere of The Last Five Years at the Firehall Arts Centre for which she was nominated for a Jessie Richardson Award. She has worked with Soulpepper Theatre, the Gateway Theatre, Prairie Theatre Exchange, Chemainus Theatre and the Firehall Arts Centre.

As an educator Barbara has a passion for mentoring young professionals through theatre training. She was on the Theatre faculty at Capilano University for 8 years and currently works as an instructor for the BFA Program at UBC and as a private coach for professional actors.

A graduate of UBC with a MFA in directing and JIPA with a diploma in theatre performance, favourite credits include directing Grease, Footloose (Chemainus Theatre) The Music Man, Crazy for You (Gateway Theatre), and Hannah Moscovitch’s Little One (UBC). Barbara is currently the interim Artistic Producer at Gateway Theatre in Richmond.