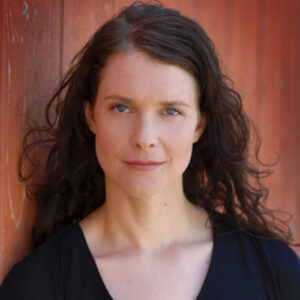 Treena’s work has been called “relentlessly entertaining” (Globe and Mail), “engaging, full on performance” (Monday Magazine), and “expressively chameleonic” (Times Colonist). She has created and performed her original dance theatre works at festivals in Canada and abroad. Choreography for theatre includes: Henry VI, Richard III, Falstaff (Bard on the Beach), Our Town, Animal Crackers, Macbeth, Cruel Tears, A Closer Walk With Patsy Cline, Little Shop of Horrors, The Fantasticks and As You Like It, (Blue Bridge Repertory), and Ride The Cyclone (Atomic Vaudeville, Dora Award for Best Touring Production).

From childhood she trained in ballet, jazz and modern dance, she attended the Professional Dance Training Program at The Victoria Arts Collaborative in its most vital era under a highly renowned international guest faculty. She studied voice with Catherine Lewis, and holds a BFA in Theatre (acting specialization with distinction) from The University of Victoria, and an MFA in Lecoq Physical Theatre from LISPA in London, UK. She has also studied a diverse range of other physical disciplines including Authentic Movement and Syntonics with master teacher Judith Koltai, as well as Clown, Laban, and Yoga to name a few.

Treena has been nominated for both a Sterling Award, and Toronto Broadway Award for Outstanding Choreography, and is the recipient of two Monday Magazine Awards, and a Chrystal Award. She is the founding Artistic Director of Bounce Performance Works.