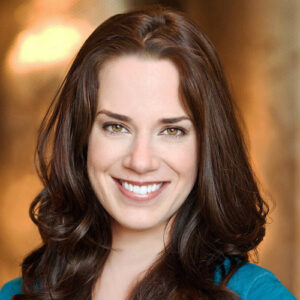 After winning the top female tap dancer award in Germany as a teenager, Ottawa-born Stephanie moved to Toronto to pursue her dreams of being on stage. A world-renowned tap dancer, an accomplished actress of stage and screen, and a celebrated violinist and singer, Stephanie’s talents know no bounds. Maintaining a busy touring schedule both as a Canadian Folk Award-winning musician and as a member of the all-female country trio Belle Starr, Stephanie has proven herself to be one of Canada’s most versatile artists. She has seamlessly crossed over between the music and theatre world for the past 20 years.

Stephanie has toured as a featured tap dancer and violinist with symphonies all over North America, including Milwaukee, Indianapolis, Portland, Seattle, Ottawa, Edmonton, and the National Symphony Orchestra at the Kennedy Center under the direction of maestro Jack Everly.