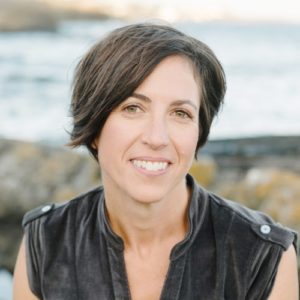 Stacey Horton has been creating original works for over 25 years. A graduate of Dance and Theatre from Simon Fraser University, Stacey has a multi-disciplinary approach to making and performing new pieces. She has worked with musicians, film makers, actors, poets, and Olympic divers.

Horton’s work has been presented in Western Canada and Seattle by Dancing on the Edge, Gambling Soles Productions, Calgary’s Dance Explosions, Seattle’s Under Construction Series, and in Victoria by Bounce, Suddenly Dance Theatre and Dance Victoria. As well, her dance films Self Storage and Hazina have screened in film festivals in Canada, the USA, Australia and Canary Islands. Through Dance Victoria’s LOLA Projects, Horton has been mentored by Emily Molnar, Joe Laughlin, Day Helesic, Jennifer Mascall and most recently Berlin’s Gabi Beier. Stacey performs as a member of the triPOD Dance Collective and as an independent artist working and living on Lekwungen territory in Victoria BC.

Horton is the winner of Dance Victoria’s 2018 Chrystal Dance Prize for Independent Artists. Her most recent work, Concussion, was workshopped and presented in Berlin in August 2018 at ada Studios. In 2019, Horton premiered Concussion in Victoria in four sold-out performances and then re-mounted it at the University of Victoria for the 2019 Brain Injury Awareness Week. Concussion was produced in partnership with the Cridge Centre for the Family through a CRD Equity Grant.