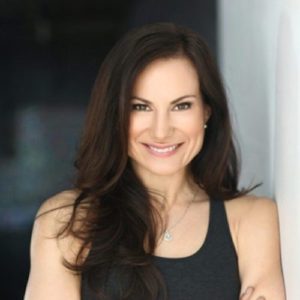 Lisa Stevens is an international, award-winning director/choreographer with credits spanning the globe. She was recently honoured with an induction into UNESCO’S CID (Conseil International de la Danse) the official umbrella organization which recognizes the most prominent Federations, Organizations and selected individuals in all forms of dance worldwide.

She has also been recognized by the Broadway World Awards for her work on The Witches of Eastwick, Mary Poppins, and Spamalot; received an NYMF Award of Excellence (Common Grounds); Ovation Awards for Xanadu, Spamalot, and Dirty Rotten Scoundrels; 17 nominations by the Canadian Theater Critics Awards (Mary Poppins); Betty Mitchell Awards (Dirty Rotten Scoundrels, 25th Annual Putnam County Spelling Bee, Anne of Green Gables, and Cats); Jessie Richardson Awards (Fiddler on the Roof, Hello Dolly!); and most notably, an Olivier Award for Best Choreography for the West End production of Bombay Dreams, for which she contributed as Associate Choreographer. The show also received a Tony nod for it’s Broadway run.

Following Broadway, Lisa choreographed the U.S. Tour of Bombay Dreams then spent the next 6 years with Disney Theatrical choreographing the World Premiere, and subsequent companies, of the enormously successful Disney’s High School Musical. Disney’s High School Musical 2 was to follow with companies in both the US and the UK. Dolly Parton’s musical adaptation of 9 to 5 came soon afterwards with tours in both the UK and the US.

Regionally, there has been a diversity of musicals ranging from new works to workshops and reinventions, all exhibiting Lisa’s broad spectrum of genre and style. New works include a boxing musical aptly named Cutman (Goodspeed, CT), First Wives Club (The Old Globe, San Diego), Empty City (NY) and the upcoming Canadian/UK co-pro The Little Prince, a musical adaptation composed by Nicholas Lloyd Webber. Currently, she is the ‘dance coach’ for an upcoming feature,Tackling Romeo, which will have its Broadway adaptation in 2017/18.

Lisa has also served as Director/Choreographer for the Victory Ceremonies at the 2010 Winter Olympics, Artistic Director of the National Artists Program for the Canada Games, has written and directed two Bollywood musicals — Tauba Tauba and Shakalaka Bombay — and choreographed/directed the Smash Hit Award performances in London for Artist Of The Year.

As a performer, Lisa was in the original West End cast of Chicago, as well as D.C. and Associate Choreographer for the West End/Broadway companies of Bombay Dreams. She is prominently featured in the films Phantom of the Opera and Joseph and His Amazing Technicolor Dreamcoat and danced/sang 5 seasons on the BBC series Star For A Night. As an actress, Lisa co-starred in the films Rumble In The Bronx and Blood Ring 2. Her favourite achievement thus far was performing for Her Majesty The Queen at the Palace Theater in England.