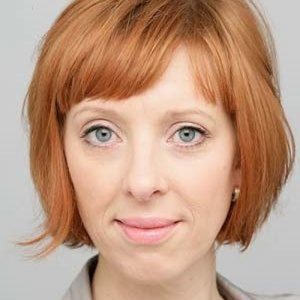 Laurann J. Brown was based in London, UK for over 12 years, and has recently returned to the city of her childhood – Calgary, Alberta, Canada. Specialising in both practical voice and accent work, she has coached a wide variety of accents from around the world. In addition, Laurann has trained actors at both undergraduate and graduate level, as well as coaching voice and presentation skills for corporate professionals. As an Associate Coach with Speak Easily, she works extensively in accent softening, assisting non-native English speakers to soften their accents and increase their confidence in English communication.

Up to her return to Calgary in July 2020, Laurann spent five years as a Senior Voice and Dialect Tutor at Arts Educational Schools, and five years previously as Senior Lecturer in Voice at the Urdang Academy. She also taught at several other London drama schools, including: East 15 Acting School, Central School of Speech and Drama and Rose Bruford College. She maintained ties to Canada as an Associate Voice Coach at the Shaw Festival  (4 seasons) and in Toronto with SHINE Creative Coaching.

After working for over ten years with musical theatre performers, Laurann specialises in working dialects into musicals to ensure consistency through speaking and singing, as well as working on freeing the dancers voice. In 2019, she was a guest speaker at the BVA Conference – The Dancer’s Voice. Laurann keeps her industry knowledge current by regularly attending professional development workshops – most recently completing the Knight Thompson Experiencing Speech workshop, and attended the 2018 Fitzmaurice Voice Conference in London.