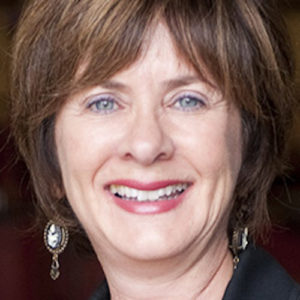 Kathryn Laurin’s distinguished career in higher education led her to various academic and administrative positions. Kathryn served as President at Camosun College in Victoria as well as President and Vice Chancellor at Mount Saint Vincent University in Halifax Nova Scotia.

Kathryn spent many years at the University of Regina where she held the position of Vice-President Administration, Dean of Fine Arts, and Chair of the Department of Music. While serving in administrative capacities Kathryn continued to teach, perform as a professional conductor, and volunteer in the arts community. In addition, she worked with many music and fine arts organizations in the region and served on a number of Boards. A respected conductor, Kathryn’s ensembles reached international and national acclaim, capturing prestigious awards, winning competitions and producing several CD recordings as well as being broadcast regularly on CBC Radio.

In 2009 Kathryn was named one of Atlantic Business Magazine’s Top 50 CEOs, and in 2001 she was the recipient of the YWCA Women of Distinction Award for Arts and Culture, in recognition of her many years of work in the music and arts community. Kathryn has served as Chair of the Post-Secondary Division of the United Way of Halifax, was a member of the Heart Truth Council, and was a member of the Boards of the Scotia Festival, Norman Mackenzie Art Gallery, and the Saskatchewan Film Board. She also served on the Board of the Resource Training Organization in BC and the national board of Colleges and Institutes Canada, as well as the Victoria Conservatory of Music.

Currently, Kathryn is the CEO of the Victoria Symphony and is passionate about the art of successful leadership. She was a member of the UBC Sauder School of Business Centre for CEO Leadership and has been a frequent speaker at conferences and community events. Kathryn is also an Adjunct Professor at the University of Victoria.