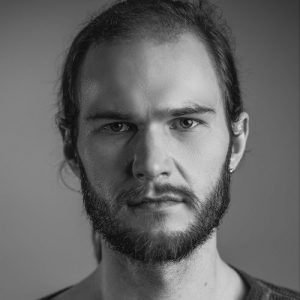 Graham K. Miles is a Vancouver-based actor who has performed in film, television, theatre, and voiceover throughout North America. Selected credits from recent years include roles in Family Law (Global TV) and Romeo & Juliet (Beach House Theatre). Graham holds an MFA in Acting from the New School for Drama in NYC and a BFA in Theatre (specialization in Acting) from UVic. Before joining CCPA, he taught voice & movement in the full-time voiceover diploma program at On The Mic Training, focusing largely on Linklater work and the Alexander Technique. He is also the lead vocalist and frontman for the Vancouver-based extreme metal band Thirteen Goats.