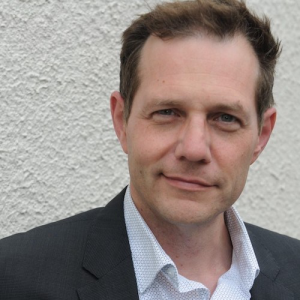 New Brunswick born native Caleb Marshall’s twenty-five year theatrical career has spanned producing, directing, writing, teaching, acting, administration, and cultural advocacy. He has produced over 80 theatre productions and 25 multi-disciplinary performing arts presentations. Most recently he spent three seasons as the Artistic Executive Director of the Sudbury Theatre Centre where he expanded programming to include a Performing Arts Series, inclusive Relaxed Performances and the STC Academy. He spent the previous six seasons as the Artistic Producer for Theatre New Brunswick where he expanded the provincial tour and focused on new play development initiating TNB New Voices Opening Acts, The Next Stage Studio Branch and The Extras: Reading and Presents series. His focus on community saw the highest percentage of local professionals on stage in both TNB and STC’s histories. He has developed world premieres of numerous mainstage, one-act and Theatre for Young Audience new works collaborating with such notable writers as Norm Foster and David Adams Richards. His own adaptations have been performed in theatres across Canada.

Internationally he served as the resident director on a UK/European tour for Shakespeare’s Globe, as well as appeared in productions by The Old Vic, The Imperial War Museum and at the Edinburgh Fringe. Caleb spent four seasons in the Stratford Festival’s acting company and has premiered roles for the National Arts Centre, the Canadian Stage Company, and the Blyth Festival. He has also played numerous principal roles in film and television.

Caleb has maintained a life-long commitment to education and training. He holds a BFA Honours in Acting from York University, an MFA with Distinction in Theatre Directing from Middlesex University, London (UK) and has trained with; the Stratford Festival’s Conservatory for Classical Theatre Training, Moscow’s GITIS Academy, the Banff Centre for the Arts and on an International Artist’s Fellowship at Shakespeare’s Globe. He’s taught at many of those institutions as well as classes at St. Thomas, Dalhousie and Thornloe Universities and led workshops at festivals in Poland and Germany. He is currently completing a Certificate in Arts and Culture Management from McEwan University.

He has received the Christopher Plummer Fellowship Award, the Stratford Festival’s Eliot Haze Playwright Development Award and was recognized by the New Brunswick Arts Board with an Excellence Award in the Arts. He has also been shortlisted for Sudbury’s Mayor’s Celebration for the Arts, the Herman Voaden National Playwriting Competition, and The New Brunswick Lieutenant Governour’s Award for High Achievement in the Arts. A very active member of the Professional Association of Canadian Theatres over the last eight years, Caleb served as the Caucus Director on the Board and the host of the 2014 national conference and AGM. He is married to actress, musical director and teacher, Meredith Zwicker.