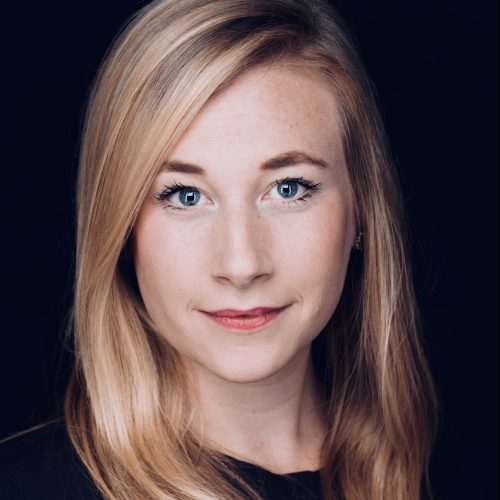 Alison grew up on Vancouver Island, where she trained extensively in musical theatre. She attended the Canadian College of Performing Arts and, amid her first year, booked her first professional contract doing West Side Story with the Vancouver Opera. After that, she became a member of the Canadian Actors Equity Association and signed with the renowned talent agency da Costa Talent Management.

Over the next nine years, Alison worked continuously across Canada with some of the country’s top theatre companies, both performing and taking on the role of the dance captain. Alison furthered her education at the Harbour Dance Center Intensive Training Program and the Banff/Citadel Professional Theatre Program. She also worked on a variety of film and TV projects, including The Waltz, a featured selection in the Toronto Short Film Festival and That Man, the winner of Dance Magazines Video of the Month.

In 2018, Alison shifted her focus from performing and began exploring her other artistic passions. Currently, Alison works as a freelance choreographer with various companies and studios throughout Vancouver Island. Additionally, she is on the Board of Directors for VOS, focusing on fundraising and marketing. Alison is also in her final semester at the University of Victoria, majoring in theatre (education and administration) and minoring in business. Finally, this past Fall, due to her countless arts-based volunteer efforts, Alison was selected as an inaugural winner of the Fine Arts Student Community Impact Award presented at the annual Greater Victoria Regional Arts Awards.